12 Groups have adopted "spots" as part of Beautify CNMI's Adopt-a-Road and Adopt-a-Beach program. The two stand outs of this ever growing group of groups are MINA and MOVER.

MINA has adopted Wing Beach. In four short months they have reduced the litter on the beach to almost zero. In addition to monthly cleanups, they are also paying for a dumpster in the beach parking lot, which is emptied weekly.

MOVER (soon to be the Friends of the Mariana Islands) stands out because they have adopted four spots: the Garapan Tourist District, South Laulau, North Laulau, and the road in Dan Dan between NMC and San Vicente Elementary.

Today was the first time they cleaned up the road in Dan Dan. It was also the first day we had an event while wearing our fancy new T-shirts! 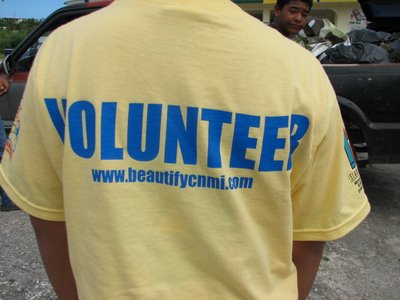 The T-shirts were donated by MVA and Island Apparel. We've been promising the MOVER volunteers T-shirts for about 5 months. We finally delivered! 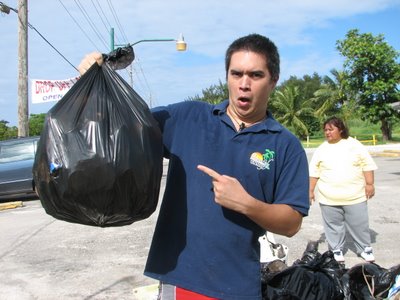 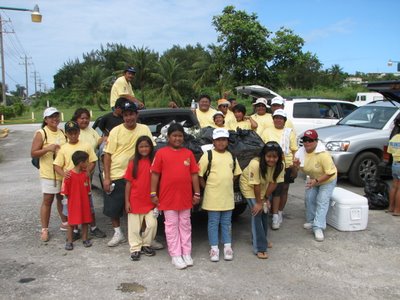 Here we all are modeling our new shirts. We filled up yet another pickup truck with garbage. It is amazing how a street with seemingly no trash yields so much trash.
Posted by Volunteer Guy at 9:36 PM