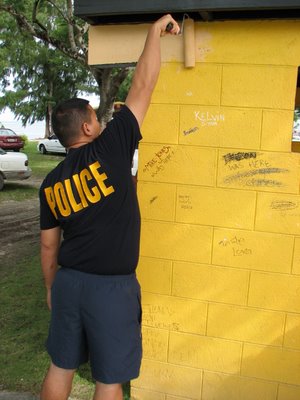 Today we took a graffiti covered bus stop and painted it using left over paint from 1020 on 10/20 that was donated by Sherwin Williams and Transamerica. We had two cops, seven LEEP students, and Nina, one of our super volunteers, participate. 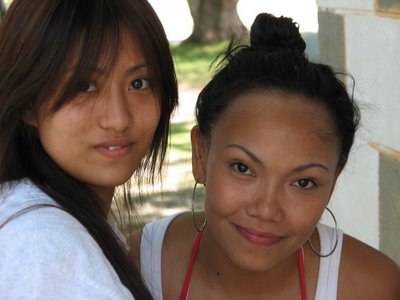 We gave the bus stop two coats. Putting the primer on was the easy part. The final coat would prove to be more difficult. 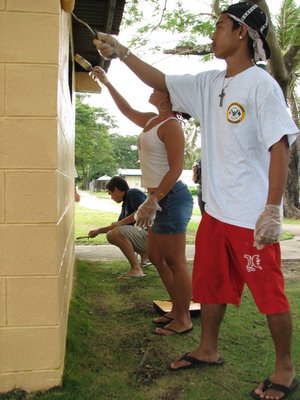 While the first coat dried the students participated in a beach cleanup. The officers made them line up, then they walked along the beach picking up trash. Effective, ne? 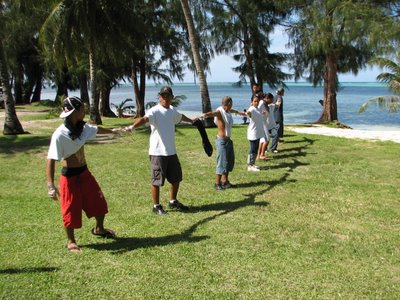 This part of the beach is pretty well taken care of by the Division of Parks & Recreation, so there actually wasn't much trash to pick up. Oh well, we'll have plenty of opportunities to pull illegally dumped washing machines out of streams. 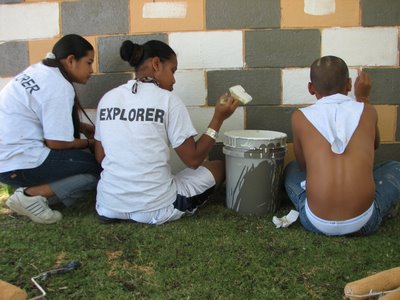 When the first coat was dry we came back to apply the final coat of paint. We decided that we wanted the bus stop to stand out from the other bus stops on Saipan, so we opted for a grey and white checkerboard pattern with brown lines. 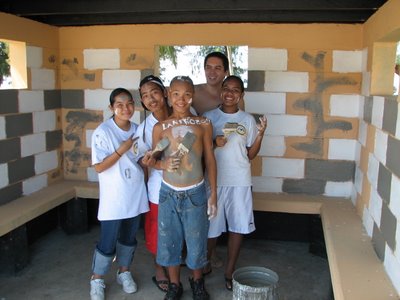 I don't remember exactly how long it took for the kids to start painting each other, but it wasn't very long. I even got in on the action. The above picture was taken about half a second after I gave Pua a white mohawk across the middle of his head. 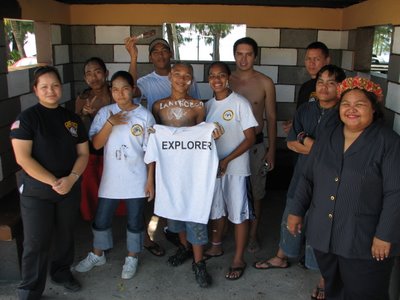 Almost finished! This picture was taken when we just needed a litter more brown and a few touchups of white and grey. Then, here is the finished product: 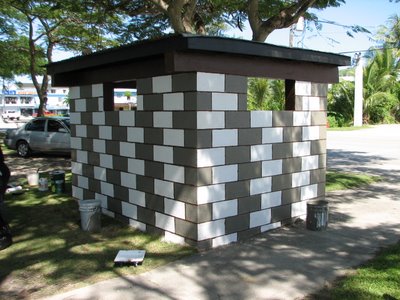 Well, what do you think of our work? Looks pretty good, huh?
Posted by Volunteer Guy at 3:48 PM

Officers Seman and Pangelinan, you and the LEEP participants are to be commended for the fine job of painting the bus stop with Angelo.

Angelo, YOU are, without a doubt, one of Beautify CNMI's MVLs (Most Valuable Leaders). RC&D and Beautify CNMI! are both LUCKY to have you on the team. THANK YOU! THANK YOU!

yeah I agree with cinta. you are also the MVJ in the Jedi Party.
keep up the jedi training, and try not to get paint in your light saber!