A while back a few students from Manta Ray Battalion Alpha Company at Saipan Southern High School contacted Beautify CNMI! for some assistance with a service learning project. There is an old airstrip next to SSHS that the students use for their PE classes and JROTC training. People have been using this airstrip as a private (and illegal) dump for years. The students wanted to clean this up so that the next time they go for a run, they're not jumping over used diapers, butane cannisters, and other assorted household garbage.

This is how the cleanup went: 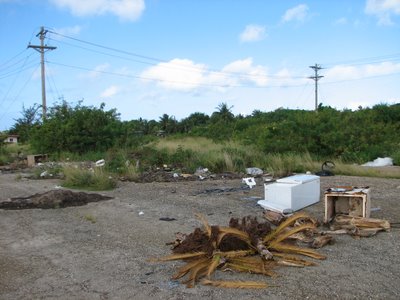 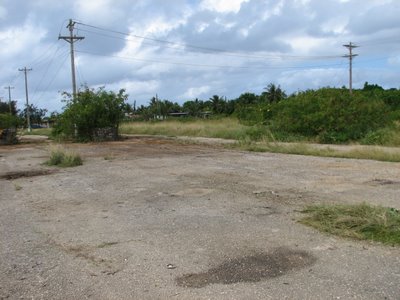 Can you spot the difference? That's right! The sky is bluer in the first picture! Oh yeah, the garbage is missing in the second picture, too. That grassy looking stuff in the middle of the first picture? That wasn't grass. That was a pile of garbage with grass growing on top.

Here are some pictures of the students and volunteers in action: 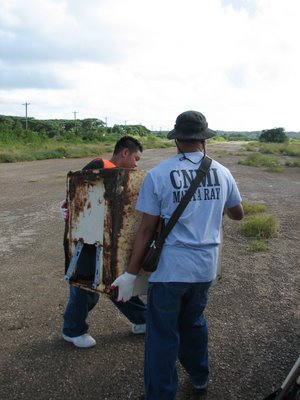 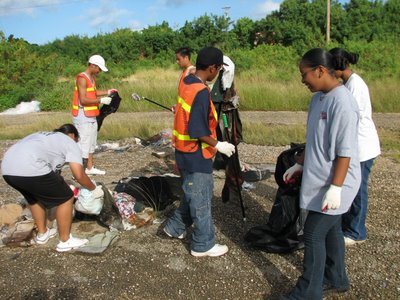 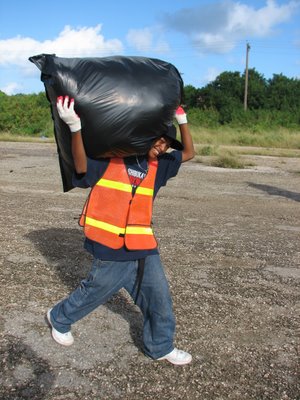 Marites Castillo brought a gang of Friends of the Mariana Islands (formerly known as MOVER): 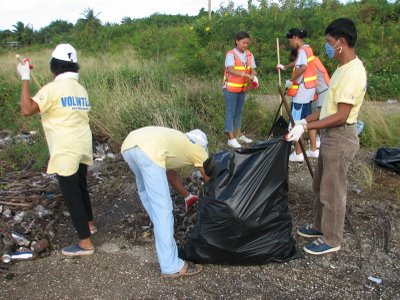 We should know later today what the total weight was. Yesterday, while we waited for the dumpster containing the first load to be emptied and brought back, we bagged and piled up trash in the center of the airstrip. It just needs to be thrown in the dumpster and taken to the landfill. The first load weighed 10,900 lbs. Some of Beautify CNMI's partners are going to finish up what the students couldn't finish yesterday and report back on the weight, but it is probably safe to assume that the second load will weigh about the same as the first.

That would put us at about 20,000 pounds of trash in four hours...and we hardly put a dent in the place. 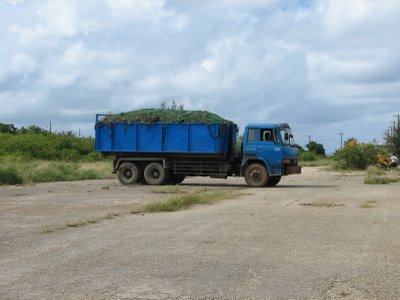 Thanks to everyone who participated! 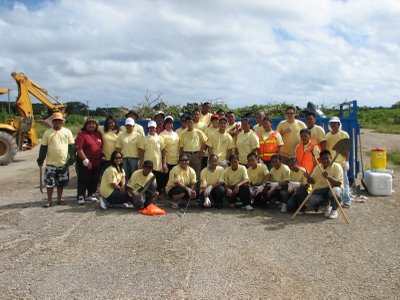 The SSHS students have adopted this site as part of Beautify CNMI's adopt a spot program. With our assisstance, they are going to go out there once a month to clean the area up. I am really proud of these kids. They came to us for help because they wanted to have a safe, clean, and healthy place to exercise. Even so, while it is encouraging that these kids are so civic minded, it is a shame that we have to rely on the children in our community to pick up after the adults.

Great job, Alpha Company!
Posted by Volunteer Guy at 8:36 AM