There are Japanese, Okinawan, and Korean peace memorials next to the Last Command Post in Marpi. Each pays respects to the respective citizens of each country who lost thier lives during World War II. 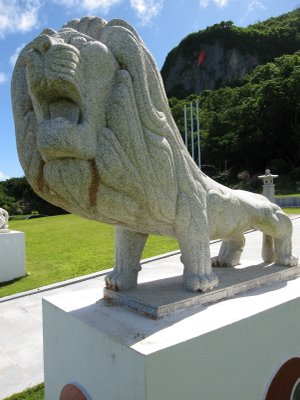 It might come as a surprise to hear that Korean citizens died on Saipan during WWII, but over 1000 Koreans were brought here before the war as conscripts in the Japanese military and as forced laborers. 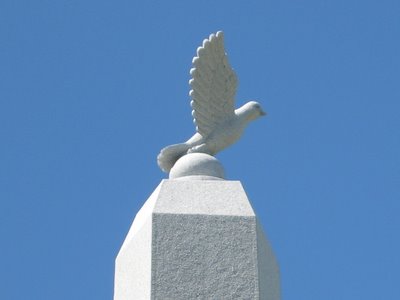 These days Koreans are brought to Saipan as part of chartered tours, then they are conscripted into the army of tourists snorkeling in the coral patches surrounding Managaha. 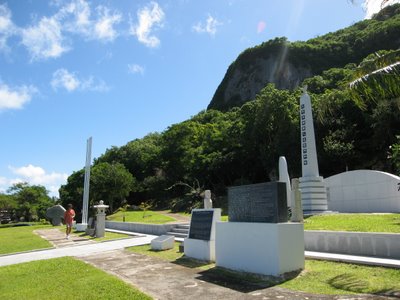 This peace memorial caused some controversy recently. When Emperor Akihito and Empress Michiko visited the memorial in 2005, it caused quite a stir.

The Korean Peace Memorial is also the starting point for the Banadero Trail. The start of the trail is just behind to the right of the memorial. Look for the flagging tape (or ask me to take you there) and then just follow the trail to the top of Suicide Cliff.
Posted by Volunteer Guy at 8:18 PM