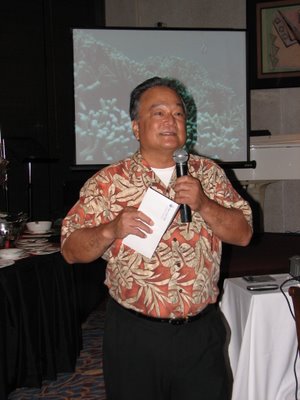 The MINA fundraiser was a great success this evening! I didn't get a final count, but it looked like over 100 people attended. 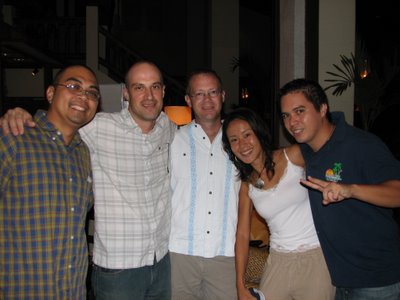 Aqua Resort was very generous in hosting the event. The proceeds of the entrace fee and 50% of the happy hour drink sales were donated to MINA to support thier environmental programs. 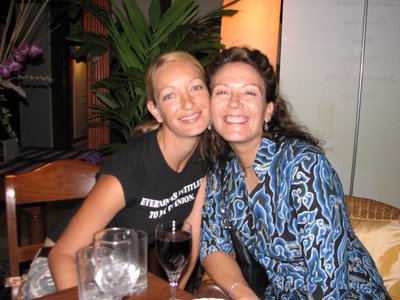 MINA also had T-shirts, DVDs, and cards for sale. MVA and Island Apparel paid for the Beautify CNMI! shirts, MINA paid for the MINA shirts, Mike Tripp provided the DVDs, and the underwater photography on the cards were by Erica Cochrane. 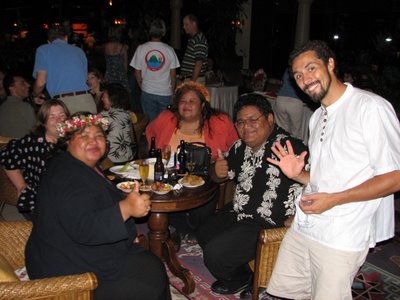 Several door prizes were given out to about a dozen lucky winners. In addition to the T-shirts, DVDs, and cards, gift certificates were also provided by Aqua Resort and Saipan Grand Hotel. Thank you, donors! 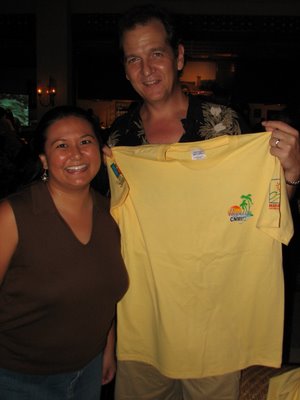 Ted Parker was the lucky winner of the very first official Beautify CNMI! T-shirt. Ted participates in all of the MINA Wing Beach cleanups and also participated in the Laderan Tanke cleanup. 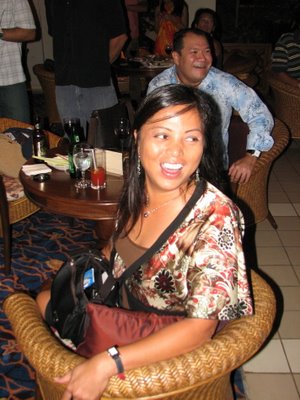 Thank you to everyone who bought a ticket and attended!
Posted by Volunteer Guy at 10:05 PM