Do you have regular Beautify CNMI! events that you want the world to know about?!

We want the world to know about it too, which is why we are in the process of adding a public calendar to our website www.beautifycnmi.org.

Please send your info to us at beautifycnmi.saipan@gmail.com and we will add your event. This is a free service being created by BeautifyCNMI! coalition partners.

For questions or more information, please contact Laurie Peterka at beautifycnmi.saipan@gmail.com.
Posted by LPinSaipan at 11:19 AM 3 comments:

Your help is needed in distributing REWARD posters around the island.


We are asking all of our members to print at least five (5) copies of the REWARD poster that is available as a download on our website at www.paws-saipan.org. We are asking that you distribute these fliers in your neighborhood and Garapan, where the violent act took place.


Also, a clarification needs to be made regarding the article which appeared in the Saipan Tribune Wednesday, January 27, 2010, about the PAWS reward for information leading to the apprehension of the individual or individuals responsible for the gruesome beheading of a cat in Garapan on or about January 24, 2010.


Since NMI Crime Stoppers has agreed to assist in obtaining information on this terrible act, PAWS has agreed to step aside until such time an apprehension has been made.


The $400 reward PAWS is offering is on top of any award given anonymously by Crime Stoppers, if a call leads to the identification and arrest of the person or persons who committed this act.


Any and all information regarding this act should directed to NMI Crime Stoppers at 234-7272 or https://nmicrimestoppers.com/tippost.asp.
Posted by LPinSaipan at 9:35 AM No comments:

Beautify CNMI! would like to enhance its web presence.

To do so, we would like to continue to have the option of capitalizing on Google's various free public services, like we do now with the use of the Beautify CNMI blogspot. We would like to have a distinct email address, a public calendar and try on a different home page.

Currently we are unable to do so, because someone has already registered beautifycnmi@gmail.com.

Can you help us? If you are registered for this email address, we would really appreciate the opportunity to acquire the use for this unique and specific address so that we may proceed with our vision of increasing our web presence.

If you have information that will help, please email to laurie.peterka@gmail.com.

Thank you kindly for your replies!
Posted by LPinSaipan at 12:49 PM No comments:

A few Beautify CNMI-ers got together to discuss 2010 graffiti subcommittee projects! 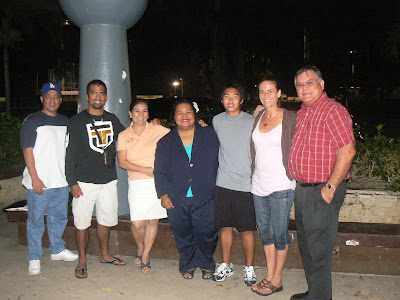 Graffiti Busters - this is a joint project between Neighborhood Watch, Power99, TenchTech and the Saipan Mayor's Office. There will be a number of fun components with this project! It will be aimed at restoring pride at the village level. To learn how you can get involved, please contact Tina Palacios at tinasmgsaipan@yahoo.com or Eric Atalig at ebatalig@gmail.com. 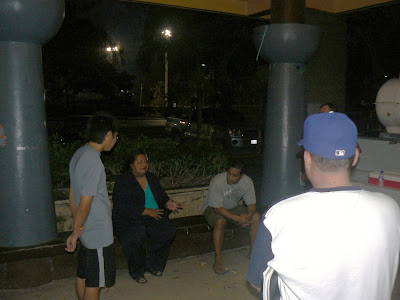 Beautify CNMI! Clubs in Schools - this is a project that will start first with creating graffiti awareness and then hopefully evolve into a full range of projects. If you are interested in being involved with this project, please contact Penny Hofschneider at phofschneider@gmail.com or Cinta Kaipat at cintamkaipat@gmail.com. This project needs help putting together its program structure (i.e. school principals asked for some implementation guidelines). 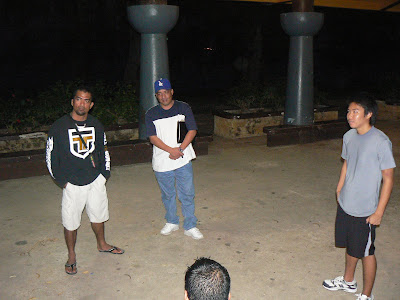 Lighthouse Mural Project - this project is being lead by Rebecca Yost of Whispering Palms School. Becca is currently looking for assistance with clearing weeds, jungle over-growth and debris. For more info or to help her with this project, please email her at beccayost@gmail.com.

If you have other questions or graffiti related projects that you would like assistance with, please contact Tyler Yoshimoto at tyler_yosh@hotmail.com.

For general inquiries about Beautify CNMI! please contact Cinta Kaipat at cintamkaipat@gmail.com or Laurie Peterka at laurie.peterka@gmail.com.
Posted by LPinSaipan at 11:56 AM No comments:

Beautify CNMI is an environmental coalition organized into committees. Each committee has one or more chairpersons who are responsible for setting goals and organizing committee projects.

The committee chairpersons for 2010:

The use of these funds will be determined in the next Beautify CNMI! meeting, scheduled for February 11, 2010 at 6pm (location TBA). In the past, donations such as these were used for purchasing trash bags, gloves and water for various clean up activities.

Posted by LPinSaipan at 12:02 PM No comments: 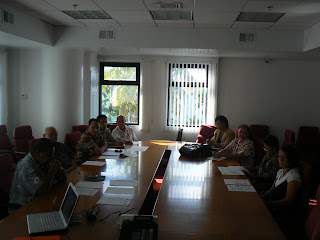 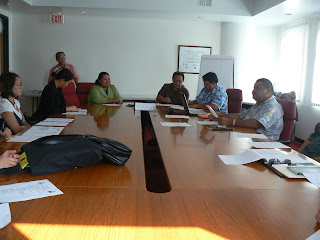 ii. Graffiti Committee – Laurie Peterka
1. Overview of progress in 2009
2. Goals for 2010
3. Lighthouse Mural Project – Rebecca Yost
a. Described groups to be invited
b. DPL has given permission to proceed
c. Needs help with identifying resources
d. Comments
i. Check with HPO
ii. Get art teachers involved
5) Vision statement – Joe Kaipat, 2009 Chairperson
i. Would like to step down as Chairman
ii. Would like to see that politics stays out of BCNMI
iii. Would like to see committees develop and report together for the support of the continuation of BCNMI
6) Open brainstorming
i. There were a couple of people who needed to leave early, so we jumped ahead for a few minutes
ii. Zoning – Junk Cars
1. First steps – seeking expression of interest from recyclers
2. Next steps – still in progress with legal counsel; communicating with DPS
3. What can volunteers do? Identify locations of junk cars
4. PL 6-6: Mayor’s office scrap metal  DPS responsible
5. Saipan Zoning Law: 1209, 1409 identifies “junk”
iii. As we covered a lot of ground in other areas – this discussion is to be continued at next meeting
7) New Committees and Volunteer Assignments
i. Chairperson – Cinta Kaipat
ii. PR Coordinator – Laurie Peterka
iii. Calendar Point Person – TBD at next meeting
iv. Committee Chairs – TBD at next meeting
8) Set day and location for regular monthly meeting
i. 2009 Day: 1st Thursday 3pm/monthly
ii. 2009 Location: DEQ Conference Room
iii. 2010 Day: 2nd Thursday 6pm/monthly
iv. 2010 Location: TBA 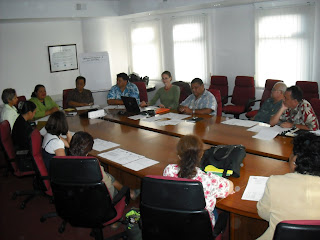 II. Our next meeting, in order of priority, will cover:
1) Brainstorming & Identifying Committees
2) Signature events; setting up the events calendar
3) Environmental awards
4) Misc coalition housekeeping items
Posted by LPinSaipan at 10:44 AM 2 comments:

at the DEQ Conference Room

We hope that you will find time to join us on Friday afternoon as we kick off 2010 with a brainstorming session.

Our first priority will be to establish (or re-establish) our 2010 committees. Each committee will then be responsible for establishing its projects and goals.

Beautify CNMI consists of a colition of like-minded people interested in coming together to create and work on projects that improve the overall beauty of our home and generally improve our quality and standards of living. There are no specific membership requirements. Committee leaders meet monthly to collaborate and report on project progress.

To join, all you have to do is get involved!

Show up at a meeting or volunteer for a project or start your own project and then look forward to getting support from a wide-range of experienced community members.

For more information on the activities of Beautify CNMI and to volunteer, call DEQ at 664-8500 or contact Laurie Peterka at laurie.peterka@saipan.com

We look forward to seeing you on Friday!
Posted by LPinSaipan at 8:52 AM 2 comments:

ANGELO Villagomez (aka KungFu Panda, to some of us) is departing for a while to earn himself a few more smarts, to broaden his experiences even further, and to spend some time closer to immediate family.

Many, many people have been touched in some way or another by Angelo's presence these last four years in Saipan and, to listen to so many people in the community, it is quite obvious that he and his infectious spirit will be missed.

The count down is on and Angelo is making the most of everyday while also packing boxes and selling off his unpackable stuff.

If you have time and if you are interested, please feel free to join in a very informal, no-host send off:

When: Wednesday, January 6th
Time: 7:30p (he will be arriving after the sunset cruise)
Where: Remingtons in Garapan, Saipan

If you know someone who might want to know about this event, please pass this information on!
Posted by LPinSaipan at 9:24 AM No comments: