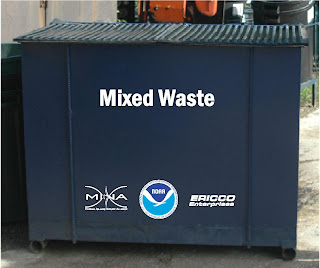 The Mariana Islands Nature Alliance (MINA) will be removing both real and perceived barriers to proper waste disposal at seven popular public sites this month by installing mixed waste and recycling bins at Garapan Fishing Basin, 13 Fisherman monument, Kilili Park, Sugar Dock, and Wing, Laolao, and Obyan beaches. This project, funded by NOAA’s Marine Debris Prevention Program, aims to diminish the amount of litter left on the shore that eventually washes into our ocean to become a floating “soup” of garbage.

Last year’s Coastal Clean up Day confirmed what had already been observed; by installing and paying for weekly trash hauling services three years running, MINA virtually ended the litter problem once miring the beauty of Wing Beach. Chair, Fran Castro said, “The next step is to see if we can also get people at the beach to separate plastic, glass and metal from their garbage before throwing it in a bin. Recycling is the key to lengthening the life of our landfill. The more we separate, the less we have to bury”, said Castro “and what better way to establish recycling than by placing bins in public places”. 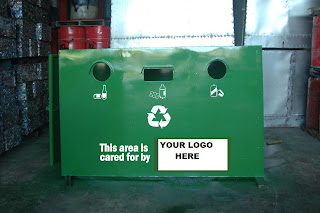 Ericco Enterprises was contracted by MINA to build the recycling and mixed waste bins scheduled for installation Saturday, March 27th at Obyan Beach. Regular trash hauling services will begin immediately. MINA has secured funding to pay for the first few months of service for the seven sites, but is asking interested individuals, families, and businesses to be part of the solution to the pollution problem by contacting MINA to “Adopt-A-Bin” and pay for one year of trash hauling services. In return, Adopters will have their name or logo placed on their bin and be internationally recognized as one of Saipan's eco-friendly and community-oriented businesses in a documentary that will be shown at the US Coral Reef Task Force meeting next year in Washington, DC. Adoption fees are 100% tax deductible.

Already four bins have been adopted by: MINA, Brabu Pharmacy and Wellness Center, Ericco Enterprises, and Rotary Club of Saipan. Several other organizations have also expressed interest in the program.

If you would like to adopt a bin or would like more information please contact MINA’s project manager at kathy@minapacific.org or visit the MINA website at www.minapacific.org to learn more from their Goals and Projects page about how you can prevent marine debris.
Posted by LPinSaipan at 7:57 AM