Rare Endemic Plants up for Review

According to the Bonner County Daily Bee, the Pacific Region of the U.S Fish and Wildlife Service is initiating a five-year review of three rare plants found only in the Northern Marianas Islands and protected under the federal Endangered Species Act.

As part of the reviews, FWS is opening a 60-day public comment period for the submission of scientific and commercial information relevant to their listing status under the act. The public, government agencies, tribes, industry and the scientific and conservation communities are asked to submit information by June 7. However, the agency accepts new information about any listed species at any time.

More information on each tree, "borrowed" from the CNMI Division of Fish & Wildlife: 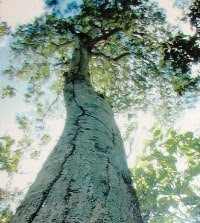 Serianthes nelsonii
Serianthes nelsonii (Fire tree, Trongkon guafi) is a native tree that is endemic to the Mariana Islands. The flower is a deep pink pompom, similar to the Monkeypod. This large tree can grow to about 2m in diameter and over 30m in height. On Rota, there are approximately one hundred and twenty-one trees in upper elevation forests. 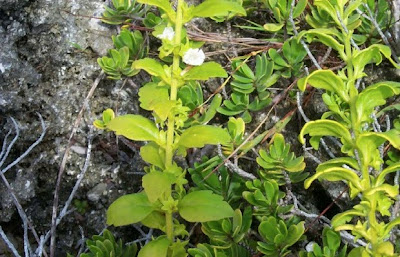 Nesongenes rotensis
Nesogenes rotensis is a very small herbaceous, creeping plant with pointed toothed leaves. It has small white flowers with five petals that develop anywhere along the branch. It grows in small clumps with many branches growing in different directions. The leaves are greenish-yellow, and it often grows under other low lying shrubs, making it very difficult to see. The only known population of N. rotensis is found along the rocky coast of Pona Point on Rota. 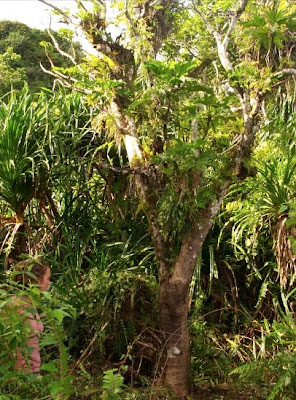 Oxmoxylon mariannense
Osmoxylong mariannense is a soft-wooded tree that is endemic to Rota. These trees are only found in the Sabana area of Rota at high elevations. They grow to about 10m in height. The fruit of O. mariannense is a cluster of large dark blue berries at the end of branches.

Here is link to more info on Serianthes nelsonii from the University of Guam.
Posted by Angelo Villagomez at 1:55 PM

Email ThisBlogThis!Share to TwitterShare to FacebookShare to Pinterest
Labels: USFWS