The Power of Sharing and Joining Efforts

As a supporter of FirstFridayFilms, we have some really cool news to share with Beautifiers! An active SVES teacher, Kathy Lalaine Pagapular got a letter this week from Rob Stewart, the director and producer of the film Sharkwater. And guess what? He's coming here!!! 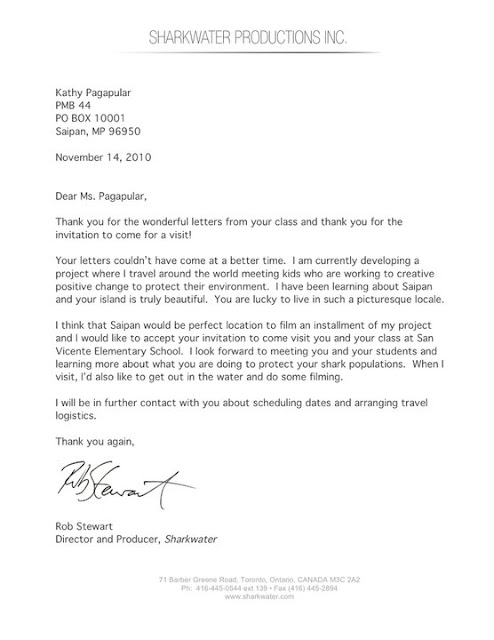 Well, Kathy attended FirstFridayFilms showing of the film Sharkwater. She thought it was so cool and that it was something that she could share in her classroom, so she asked if she could have permission to show the film to her students. The students got so excited and so interested that they decided to write to Rob Stewart and invite him to visit the CNMI.

Amazing stuff, eh? This is the power of sharing and joining efforts. This is the spirit of Beautify CNMI!

Go San Vicente Elementary School!
Posted by LPinSaipan at 11:35 AM