The Division of Environmental Quality’s Environmental Awareness Month is just around the corner, and in celebration of its first year, First Friday Films wants you to choose which films it will be showing throughout April!
Log onto the First Friday Film website, www.firstfridayfilmssaipan.blogspot.com, to vote for the previously shown films from the last year that you would like to see again and to vote for the new films that you would like to see as part of Environmental Awareness Month.  Descriptions of the films up for voting is also available on the site. 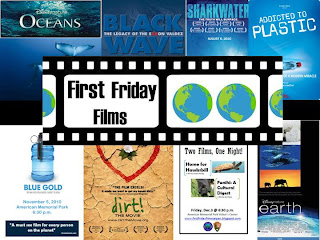 Voting will be open until the end of March.  The winning film from each of the four categories will be shown as part of our First Friday Films days on April 12th & 13th and 20th & 21st.  The schedule for the film screenings will be released on April 1st.
All First Friday Film events are free and open to the public.
Log on and vote today!
Posted by Aric Bickel at 11:17 AM