Talakhaya film to be show on channel 2 tonight! 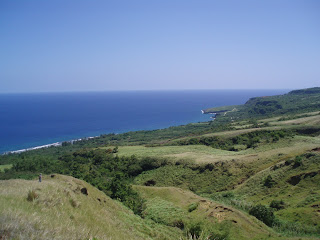 The Talakhaya Revegetation Project was implemented in 2006, where community planting efforts were greatly increased to reduce impacts of decades of deforestation by illegal burning.
The 14 minute, locally shot and produced documentary highlights the challenges they face with burning and soil erosion, the revegetation efforts of the community, and the project's successes over the last 5 years to reduce sediment from running off of the land and polluting adjacent coral reef ecosystems.   The short film will air immediately following Channel 2’s evening news programs.
Funding for the film and the Rota DLNR headed revegetation program has come from the U.S. Coral Reef Initiative.
Don't Miss it!
Posted by Aric Bickel at 2:31 PM

I found the Talakhaya Revegetation Project at http://www.au.essay-writing-place.com/. Their history is so rapid. They develop and bring benefits to the society.